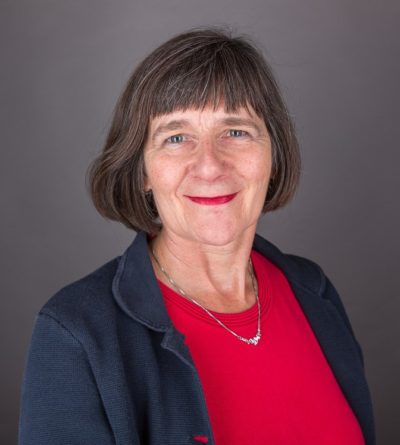 My name is Claire Cox and I’ve been translating professionally for over 35 years, running my own translations business since 1989. I translate from French and German into English, my native language. I’ve lived in the UK all my life apart from spells abroad during my degree course, but I’m happy to communicate with clients in English, German or French.

I graduated from the University of Salford in 1983 with a BA (Hons) in French and German. During my degree course, I spent a year abroad, split between France, where I taught English in a large chemical company near Lyon, and Germany, where I was a proof-reader in a translations agency in Sindelfingen near Stuttgart. Armed with that experience, I was convinced at that early stage that a career in translations was for me.

After dipping my toe briefly into the world of banking when I joined the NatWest Bank graduate management scheme straight after leaving university, and discovering that it definitely wasn’t my scene, I was lucky enough to be offered a job as an in-house translator with British Nuclear Fuels plc, one of the UK’s leading nuclear companies, back in 1984. I spent nearly five very happy years at BNFL, learning my trade with the support of my fellow translators and the patience of the engineers and commercial staff who helped us pick up the specialist terminology we needed. I became Senior Translator from December 1985 and remained in that role until I left on maternity leave in November 1988.

I continued to work for British Nuclear Fuels on a freelance basis after the birth of my first son and now coordinate outsourcing of their translations to a panel of specialist freelance translators. I have gradually built up my business over the years and now work for a variety of agencies in the UK and abroad, and many direct clients. I specialise in the fields of nuclear engineering, safety, rail safety and energy in general, including renewables, but I’m happy to tackle a wide variety of subjects, ranging from commercial material, through patents to technical specifications and websites. I also translate in the fields of horticulture and food.

On a personal level, my interests include cooking and food, gardening, walking, skiing, tennis, travel, dance and yoga. I’m always delighted if I can combine my interests with business in the shape of translations and have over the years translated travel websites, recipe booklets, landscape gardening plans and a range of other material in my particular interest fields.

I studied French and German at the University of Salford between 1979 and 1983, achieving a high 2:1 in my final examinations. My degree was one of the first applied languages degrees with the emphasis on language and its uses, rather than the study of literature, and as such the ideal stepping stone to a career in translation. The course majored on oral work, translation of all kinds of text (technical, economic, literary, philosophy) both from and into English, and liaison interpreting. I also took a short course in simultaneous interpreting whilst at Salford.

I am also a Fellow of the Institute of Translation & Interpreting and an ITI Board Member.

I’ll be happy to let you have a copy of my up-to-date resumé on request.